This month’s block is Economy, also known as “Square-in-a-Square” or “Diamond-in-a-Square.” It’s a popular old-time block and, with our theme of Canada’s 150th anniversary, it’s a fitting block to tell the story of Canada during the depression years.

Canada During the Depression

From 1929 through about 1939, Canada was severely affected by the Great Depression along with many other economies around the world. With our dependence on trading raw materials and the large wheat belt in the Prairie Provinces, the global depression and crippling drought hit Canada hard. Gross domestic product went down about 42% and by 1933, 30% of the labour market was unemployed. In Windsor, up to 50% were unemployed and it was even worse in the Atlantic with up to 60% out of work. 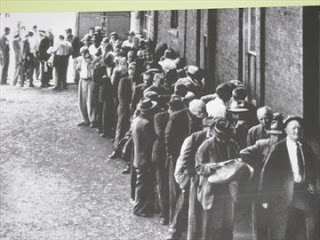 Families had to make do during the Great Depression and try to do more with much, much less.  Many young men and older teens left home and “rode the rails” trying to find work in more prosperous centres though few places were found for those desperate to feed themselves and their families. Depression thrift and scarcity didn’t dampen quilting during this time – creative quilters used feed sacks or leftovers from clothing construction to make quilts. New fabric for quilt-making may have been scarce but quilts from this era reflect a hopefulness for the future.

Even as other world economies began to turn the corner from the depression in 1937 and 1938, Canada didn’t start back on track to improve the economy until 1939 when the focus on World War II galvanized the country’s industry and war efforts. 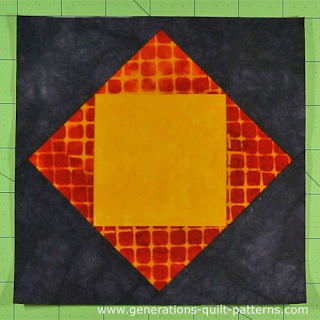 It’s possible to piece the Economy block, but accurate results come from foundation-piecing this block.  Julie Baird from Generations Quilt Patterns has kindly allowed us to use the foundation piecing pattern she developed for the 6” finished Economy block.  Here’s a link so you can download your own foundation:

We had a short, members-teaching-members workshop on foundation paper piecing on October 15. Participants learned some basics of foundation piecing and were all able to complete one or two economy blocks. Here's some of their handiwork: 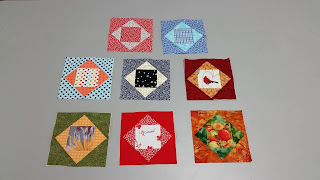 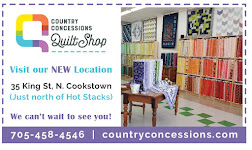