This month had a large range of quilt styles:

Isabella showed Denim Dazzle, a pattern she got from a Fons and Porter magazine: 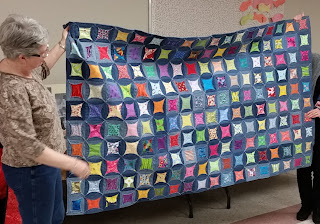 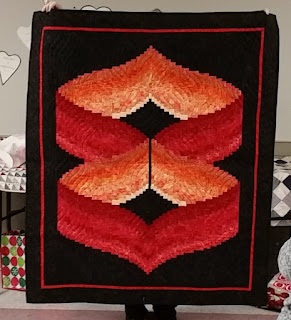 and a Christmas tree design using her new bedazzler: 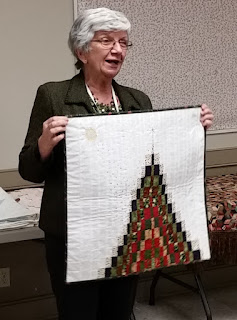 Shirley was busy making all the Block of the Month blocks. Here she is showing the Bear Paw: 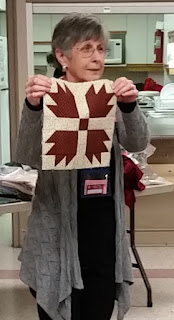 June used a Kaffe Fasset charm pack and pattern from Susanne Woods' book, Scraps Inc Volume 1. She called it Windows on London as it reminded her of the taped windows in WWII: 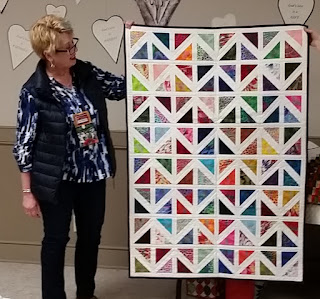 Joyce shared her queen-sized quilt, Aphrodite, inspired by the fabric: 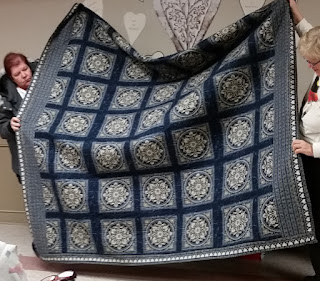 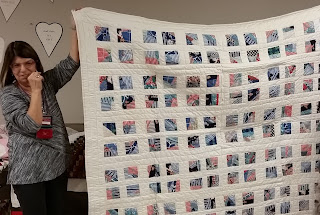 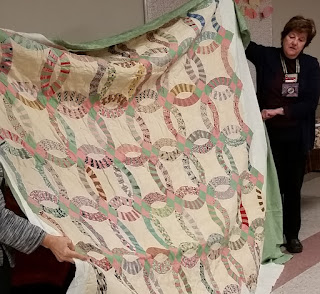 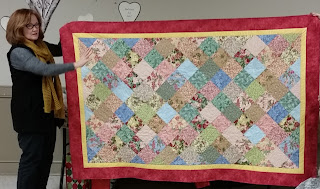 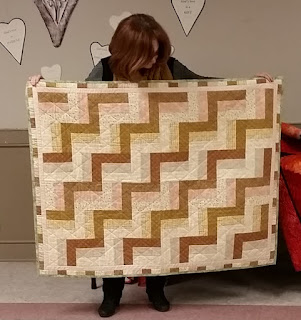 Posted by Yorkshire Rose Quilters Guild at 23:45 No comments:


February's Block of the Month explores Canada’s bears. Did you know there are three types of bears in North America?

The Black Bear is the most common bear in North America. Bears eat a largely vegetarian diet although they are omnivores. They have a life expectancy of about 25 years, and would be expected to live longer into old age if not for hunting.

The Black Bear includes the white Kermode or Spirit Bear, which is a genetic anomaly and appears largely on the coast of Western BC. Contrary to popular belief, Kermode bears are not related to Polar Bears or the result of any species cross-breeding.

The Brown Bear, or Grizzly Bear, lives in a variety of habitats and its range is decreasing, as humans continue to move into its territories. It is the second largest carnivore in North America and its only predator is man.

The Polar Bear lives in Canada’s north and are among the largest bears in the world. Polar Bear populations are disappearing as humans encroach upon their habitat and global warming continues to destroy the sea ice that is their home.

All indications are that the future of bears in Canada is not bright. Human activity, environmental destruction and hunting are taking a toll on bear populations from coast to coast. Future generations are unlikely to inherit a vibrant bear population in Canada.

It may be a good idea to make a Bear Paw block or quilt now, while your quilt recipients can still see an actual bear in the wild. 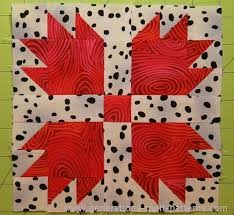 How to Make The Block

This month’s block can be one of several sizes: instructions are provided for 7”, 10-1/2” and 14” sizes. I’ll be bringing a sample version of the block to show at the February guild meeting.

This is a pieced, fairly easy block that results a complex-looking block. Julie Baird from Generations Quilt Patterns has kindly allowed us to use the instructions at her site: http://www.generations-quilt-patterns.com/bears-paw-quilt-block.html


Here are the projects our members finished up over the holidays.
Karen made a queen-sized string quilt. It was started by her mom and finished by Karen and her sister and dad. 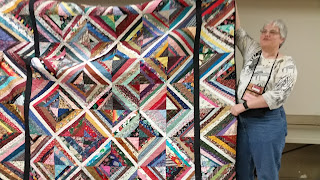 Karen also shared this wall quilt that was designed by Judy Laquidara. It was her mom's last quilt, and the whole family worked on it. 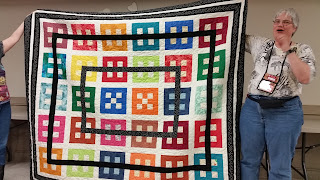 Tella shared her wall quilt, Butterflies and Daisies, which she designed and which features fusible appliqué and photo on fabric. 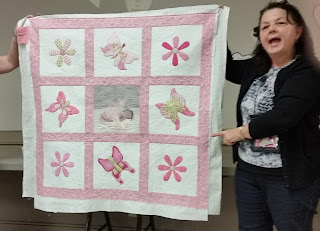 Caroline showed "Bob's Quilt," a Christmas gift for her husband. The pattern is Missouri Star Quilt Company and she started it at the fall retreat. 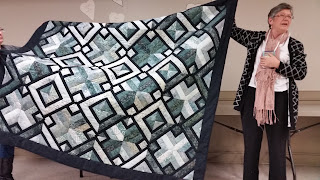 Suzanne shared her quilt, Rust Play. It's her own design using her own rust dyed fabric and batting. 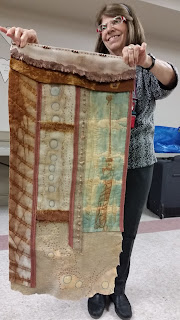 Maria made Memories of Muskoka by designer Joni Newman. (Remember that Joni is our speaker in March and there will be a half day workshop on March 11.) 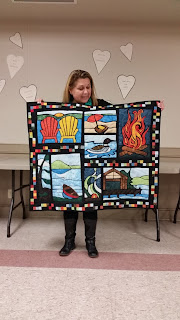 Posted by Yorkshire Rose Quilters Guild at 16:47 No comments: